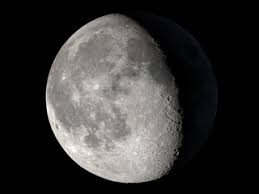 STEM means:
S  cience
T  echnology
E  ngineering
M  athematics
Some people think that STEM began when modern machines were invented, like airplanes or computers.
Not true.
We are going to talk about STEM topics that Barton was familiar with, even if he didn’t know exactly how they worked.
Please go back and read The Mystery at Dallas County, if you don’t know Barton.
Barton knew about math, and he knew about technology, for he rode on trains pulled by steam-powered locomotives.
He sometimes shoveled coal into the firebox on train trips down South. Remember, he kept a fire on the shuttle locomotive while the new courthouse was being built.
Barton practiced science, in that he observed, measured, and remembered things, like the phenom of letting chickens out in the potato patch after the blooms set. The chickens ate the bugs off the potatoes, which meant bigger chickens
and more potatoes, because the chickens ate the bugs that wanted to eat the potato plants.
We will talk about locomotives, gravity, hot air balloons, magnifying glasses and other cool stuff that Barton knew about,
to help you understand that STEM has been around a long time.
It's been around, in some form, nearly as long as children have looked up into the night sky and wondered how the moon got there.
Eric J. Rose
middlegrademysteries.com
photo: https://moon.nasa.gov
(c)2021, All Rights Reserved
Copyright ©2021 Middle Grade Mysteries, All Rights Reserved.